Within the Center for Bioinvestigations of UNNOBA (CeBio) (Argentina), Dr. Inés Catalano directs the project funded by the Commission of Scientific Investigations of the Province of Buenos Aires (CIC), in which two species are studied of “leafhoppers”: Delphacodes kuscheli, vector of the agent that causes the “Evil of Río Cuarto”; and Dalbulus maidis, which causes corn stunting. “While the evil of Río Cuarto affects the core zone, what is known as ‘achaparramiento’ occurs more towards the north of the country. With a different scope, the entire maize area was affected in one or another campaign by these diseases, “said Catalano. The model they use takes some axes of the advances achieved by research developed at the University for the study of the kissing bugs.

The research team is focused on studying different aspects of the vector that transmits the causal pathogen of these diseases. What they seek is to determine which genes affect the development or survival of these insects to try to find a control method that preserves the crop and does not affect its performance. “We have the transcriptome sequenced in all stages and we have an infected colony that we are maintaining to be able to work in the search for immunity genes,” he said. With both species try the same thing: discover genes that can be used to devise ways in which the plant itself can exercise some control over the plague. The Deputy Director of CeBio remarked that the relevance of the research is given by the impact that these insects and the diseases they transmit have on the cultivation of corn. In fact, the “leafhoppers” have a buccal system similar to that of the kissing bugs. “The leafhoppers and the kissers are of the same order of insects, have the same buccal apparatus and have a similar behavior. The only difference is that the kissers feed on human blood and the leafhoppers of ‘the blood of the plant. According to Catalano, all the knowledge generated in this field will be novel because “there are no studies on leafhoppers that are so specific. The transcriptome and the genome are not studied, so any gene we discover will be an advance. ”

Currently, the management of these diseases is carried out through the use of insecticides. The purpose of this research is to have the knowledge to develop a plant that contains genes that may have the ability to inhibit others of the insect to make your life does not persist. “Our highest aspiration would be to achieve an insecticide method, provide knowledge for the development of a plant that carries with it certain characteristics that affect the development and survival of these pests,” concluded the project director.

The development of this project involves the participation of professionals from different disciplines. With anchoring in genetics, each of them deploys a task within the framework of this research. 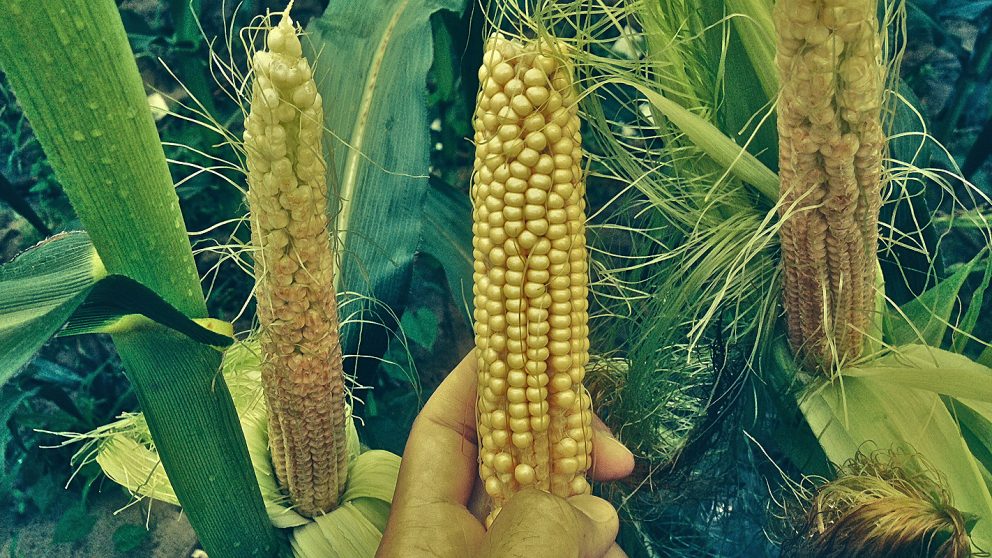 Victorio Palacio, from the Bioinformatics, is devoted to the analysis of the transcriptome of the species studied.
Lucia Dalaison, who is doing her final thesis of the Degree in Genetics, managed to develop the entire life cycle of the leafhoppers artificially. It is also devoted to the study of the normal embryonic development of insects.

Hugo González is an agronomist, has a doctoral fellowship from CONICET and is responsible for the maintenance of infected insects in colonies. You will also have the task of comparing the transcriptome of healthy and infected.
Lucila Pérez has a CIN scholarship and is doing the final work of the degree in Genetics. It was inserted in the project to study neuropeptides in “chinches”, an insect that affects the soybean crop.
Elías Gazza has a degree in Genetics, a doctoral fellowship from CONICET and is putting genome editing techniques to the test.

Next: Reveal patterns of dispersion of American fruit species for 12,000 years